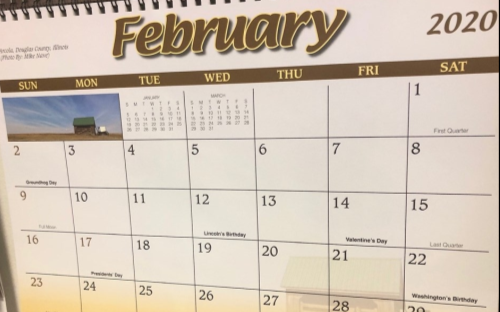 January is seemingly the longest month of the year, but in reality it is no longer than 6 other months. It is followed by the shortest, February with 28 days(except leap year). So why only 28? We have 7 months with 31 days, 4 with 30 days (I know the ones with 31 have 30 as well, don’t be a smart a**!) and that lone month with only 28.

There may be a reason for this, but I’m not interested in finding out what it is . I like symmetry and balance. So what say, we make February 30 days by taking a day from January and one from March? Who would mind shortening January, the month with the demeanor of a dull aching sinus headache? And I don’t think March would mind giving up a day, either. Doing this would then give us 7 months with 30 days and 5 with 31. I’m feeling more balanced already!  I’m guessing those with birthdays and significant anniversaries on January 31 and March 31 would feel slighted. Well, get over it! Those born on February 29th have. By the way “leap” babies will now have a birthday every year under my revisions. You’re welcome! The new “leap” day will occur every four years on February 31 on my calendar.

I’m not married to the idea as to which months will be 31 or 30 days in length. We could make June 31 days to make summer longer. We could lengthen November to 31 to give us one extra day to shop. I think we’ll leave December where it is. I’m not sure why February having only 28 days bothers me, but I think it’s shortness adds to the perception that the year is going by way faster than it really is! Blink in February and it’s March 15th. After the mini-month of February, I don’t think we ever mentally catch up.