How many old photos do YOU have???? 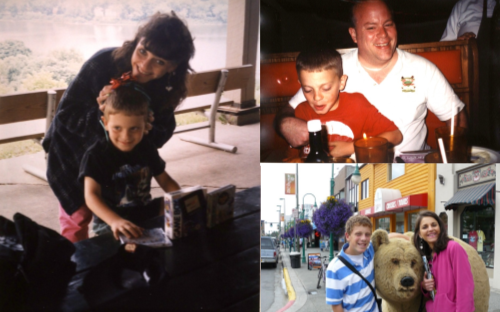 How many pics do you guest-imate that you took last week? I’ll bet it may easily be fifty or more. Maybe a lot more. Seems that all some people do all day long is post pics to social media. It’s so handy to pull out your phone and take unlimited pictures of everything. Or nothing. What eventually becomes of those pictures?

After World War II, cheap cameras hit the market, allowing everybody to be an aspiring photographer. You bought a roll of film that gave you 12, 24 or 36 exposures in either black and white or color. When you completed the roll, you either dropped it off at a drug or discount store. Or you mailed off your film to a lab to get them developed and prints made.  Perhaps you know someone who got slides made of family photos instead. These were the people who would take out the projector and screen, turn off the lights and bore you to tears with the pics of their vacation to the Grand Canyon. It’s much like how it’s done today in real-time through Instagram or Facebook. Except you can escape Facebook.

When you were done showing your pics, what happened next was important! Many people put those photos into albums. The album cover may have been theme appropriate, i.e. a vacation or a baby shower. Someone might have been creative and caption the pics with names, dates and places. Others were satisfied leaving the prints and negatives in the envelope they came in and putting them in a box or drawer. The box might end up in the hall closet or even the attic. The point is, an effort to keep and preserve these memories was made.

What is happening with all our pics today? They are stored on a phone and likely uploaded to social media. Then what? Are you counting on Mark Zuckerberg to preserve your treasured memories? When your laptop hard drive dies, will it take your family photos with it? The cloud is good, but is it fail-safe? What happens when you get a new phone, you lose your current one or it dies? Have I Thoroughly scared you?

Lisa and I made the switch to digital as our “camera of record” in 2007, just prior to a trip to Alaska and boy, I’m glad we did. We no longer had the wait or expense of film or the limit of 24 or 36 exposures. When we were first married and when Jonathan was a baby, she dutifully and creatively kept our family albums up to date. At some point, life got in the way and the pics remained in the envelopes in a hat box.  Many people continued to have prints made from their digital photographs, but we opted not to. We didn’t think it was worth the expense as we didn’t look at the pics all that much. Plus, we didn’t need more clutter.

So, I went out and purchased a box of blank compact discs. Every so often, I would copy these photos to cd and make two copies, in case one got lost or failed. Then I would delete the photos from the camera. I eventually went to copying to two external hard drives for the same reason I used two cds. Last year for my birthday, I received a wireless hard drive that was backed up on the cloud. Nice thing about this is I can now access the photos from my phone. A major goal for me is to scan all of our pre-digital prints from the 80s, 90s and early 00s onto the drive. Then I will scan all of the ancient pictures from Lisa and my families. Eventually I want to convert old home movies and videos to files that you can watch on-line. The nice thing with digital is you don’t have to divvy up a box of pictures when Grandma passes. Every member of the family can have their own copy  on a thumb drive. Yes, it is a lot of work. It’s going to take a while. But I know where my family photos are. Do you? Family photos are among my greatest treasures. My mom once told me she wished she had grabbed the photos when we evacuated our home during TMI. Had things ended differently, we may never have been able to return to our home and the pictures would have been lost forever.

September 17th, 2021
View full playlist
Connect With Us Listen To Us On