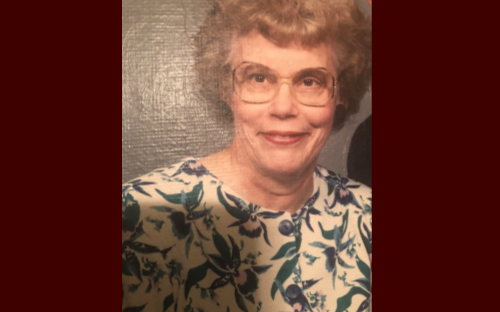 The death of my mother

I remember quite vividly  the date my mother died in January, the same month her dad did 19 years prior. Sad thing is, I didn’t always remember her birthday when she was alive.  I believe this and while it is by no means universal, it rings true with most people. That is this: when you bury your mom, you lose the one person who you can trust  to have your back, no matter what. I felt that after she passed, I finally grew up. I had to. My safety net was gone. Even though I was married when she died, I always felt that I could lean on her and when she was gone, I knew it was then all up to me to be responsible and stand on my own two feet.

My mother was diagnosed with colon cancer in 1987 and what was not revealed to me or my brothers at the time, was that the cancer had already begun to spread. Unfortunately, colostomies were not common in those days. Fortunately, living close to Hershey Med and having an oncologist who was also her family doctor as well as family friend got her access to some cutting-edge medicine and protocols for the time. Because of that, she was able to live almost six more years. During that time she was able to witness her oldest son getting married and was present for the birth of her oldest grandchild.

Finally, the cancer began to catch up to her, as it always does. In July of 1992, my middle brother Steve got engaged. My mother was excited about that. She truly loved his girlfriend Sharon and was sad when they broke up. While nobody else thought so, my mom truly believed that they would get back together and marry. They finally did and Mom was ecstatic!

Her cancer seemed to be getting worse by the week. Steve and Sharon wanted my mom  to be present at their wedding, so Sharon compromised her dream of a summer wedding and settled for January,  January 23rd. As the date inched closer, it became very apparent that Mom was not physically capable of attending a wedding. The out-of-town wedding went on as planned. It was nice, but the absence of my mother weighed heavily on everyone. Lisa and I had decided to stay another night at the hotel and drive back the following day. My dad, who wanted to get home to check on Mom and didn’t like a long drive at night, departed from the reception a bit early. When I figured he’d had enough time to get home, I called him.

I wanted to know how my mom was doing. About ten days prior to the wedding, we thought we were losing her and we stayed by her bed all night. An unfamiliar voice finally answered my dad’s landline and quickly passed the phone over to him. My mother had indeed died that afternoon.

We made sure that someone was with her that morning and afternoon, friends who were not attending the wedding. We did not want her to be alone during that time. Turns out, it probably wouldn’t have really mattered as she was barely conscious, not very responsive, and slept almost all the time. Early that evening, after the friends had departed, a nurse making her rounds reportedly said to my mother: “well, I guess your son is now married”. Supposedly, she opened her eyes and smiled, then closed them. Not long after, she passed.

The decision had been made prior to the wedding that if she were to pass when they were on their honeymoon, we would not tell Steve and Sharon, so that they might have least some respite. I had to face my brother with the knowledge she had died without saying a word before they departed. They had talked about stopping by to see my mother on their way to their hotel, but decided against it. Good thing they did.

I did finally did have to be the bearer of bad news immediately upon their return. We held her services for over a week, having her viewing on Superbowl Sunday and her funeral the next day. We didn’t think we would be able to hold an open casket viewing, but she looked great (or at least as good as one can in those circumstances). Our family can never forget January 23, 1993 for at least two reasons.