Movin’ On with Rick Alexander! 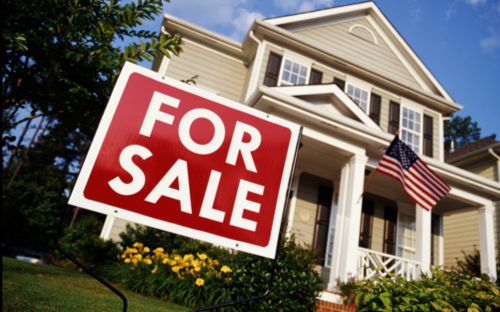 Last week, I pulled into our driveway and saw our next-door neighbors packing up, getting ready to move away. They had already been living in their house when we moved into the development back in 2002. Did you ever notice when anyone who is already at a job, attending a church or living in a neighborhood when you arrive on the scene, it seems like they’ve been there “forever”, whether they were there ten years or ten months before you got there? That neighbor’s and another’s house sold very quickly, so that must mean we live in a good part of town. Or perhaps they are both trying to get away from us!

I don’t like to move. The house I grew up in was the only home I ever lived in until I was 21. I actually moved away for about four months when I was 19, but moved back home when I realized I wasn’t able to afford living on my own. We’ve been in our current house over 17 years.  My boyhood home was a three bedroom rancher in Hershey near the intersection of routes 743 and 322. You may have actually at some point driven past it and not known it.

When I was six years old, my mother gave birth to my youngest brother, her third and last child. Soon we realized that we needed more room. My parents initial idea was to move, sell our little rancher and get something bigger. So they listed our house and began the search for another. However, I wasn’t happy about that. I loved that house and wanted to stay put. I remember my mother doing a walk-through of our house with a realtor. I was there, too, and took every opportunity to tell that man about every little glitch, crack and problem with the house, including the fact we got water in the basement. I don’t know if anyone else ever looked at the house after that, but if they did, I surely wasn’t present when it occurred! Finally, they decided to add on to our house rather move. Our tiny 3 bedroom rancher was remodeled into a roomier 4 bedroom house, allowing all three of us boys to have our own bedrooms. I’m sure my parents didn’t take that route on my account, but I was sure glad we ended up not moving. My dad finally sold the house when he remarried years later following the death of my mother and moved into his new wife’s house. And when he did, it broke my heart. I had lost my mom, and even though I hadn’t lived there in over twelve years when he sold it, it felt like I had lost my home.

But, back to our soon-to-be former neighbors: They seem like really good people, I’ve but probably talked to them outside while we were in our yards maybe 25 times over the course of 17 years, and most of that was exchanging pleasantries. It was largely because neither of us spend a ton of time outside and are not home that much. What is really funny is that during the course of us being neighbors, the man bought a business close to the radio station we work at and he and his wife began attending the same church we do. I saw them at those places far more than I ever did at home!

We have a lot of fine people in our neighborhood, but we don’t see them or socialize much because we like spending our time at home in our heated and air-conditioned house. O.K, we’re hermits, I’ll admit it. Maybe we’ll get to know people in the warmer months, if and when walk Nic outside.

It was different growing up. I remember my neighbors in Hershey. We knew them a lot better than we know our neighbors today. We knew every family who lived in the three houses to the left and the right of us and quite a few of the other neighbors behind us. It seemed that everybody knew everybody’s business back then and that was O.K. I swear that at least four neighbors had a key to our house and we to theirs.This social scenario surely existed because most of the women didn’t work outside the home back then and had time to get to know one another. Women would often knock on doors to collect money for a charity de jour or when some neighbor’s relative would pass or someone gave birth, they would collect for a planter. The best part of stay-at-home motherhood to me was that the kids would also stay at home in the summer and weren’t shipped out to daycare or a day camp. You always had someone to get in trouble with!

Speaking of trouble, there never were any trouble with the neighbors that I ever was aware of. And I’m sure if there ever was a small problem, it was talked out and taken care of quickly. Police and lawyers were never involved. Take note, Washington! Most of those neighbors are gone now and I miss hearing about them from my dad.

Even though I don’t know our present neighbors well, I am going to miss them and I wish them the best in their new home and endeavors. I guess I mostly don’t like change. If you have good neighbors, count your blessings! Maybe I fear what the next ones will be like. You read and hear so many stories about bad neighbors, you know the kind that disrespect you, your property and everything around them. Perhaps someday Lisa will blog about her father’s neighbor as there are some stories there. Hopefully, our new neighbors will be just as good as the current ones and tomorrow will just be another beautiful day in the neighborhood!