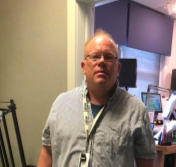 Mr Alexander ‘s Final Address To The Class of 2020

For a number of years, when our son Jonathan was growing up, I would deliver “Mr. Alexander’s Final address” at the end of the school year to that particular year’s graduating class.

I’ve haven’t done that for the last couple of years. But with all the craziness we’re living through, I thought I’d like to give it a shot again.

Like you, I have never experienced anything remotely like this year. It seems to be a cruel irony that the term 2020 means clear vision, while the year 2020 has been as blurry and as unclear as a year could be.

To be honest, I wouldn’t want to trade places with you. But that’s O.K. It was never an option anyway. To quote an old song lyric “you’re gonna see some things you ain’t never seen before. Just when you’ve settled into a comfortable groove and a future game plan , a terror attack or a pandemic comes along  and rocks  your world.

During this “pause”,   I’ve been doing  things differently as I am guessing you have as well. So, Lisa and I, instead of hitting the treadmill at the gym most days, we’ve been doing a lot of walking. Most of our walks are on the same well-worn route around our neighborhood. But every once in a while, we’ll step it up and hike the C&O TowPath, Cowans Gap or the thousand steps.

The Thousand steps is a hiking trail on Jack’s Mountain near Mount Union, PA. It’s a 3.4 mile round trip hike that takes you almost straight up  the side of the mountain. The path is made up of stones that were laid over one hundred years ago. If you would like to try it, be aware that It can be hard to find as it hides behind  the trees  just off of Route 22. After we were made aware of the thousand steps by one of our listeners, Lisa and I gave it a shot for the first time about five years ago. It is an intense cardio workout that has been compared to one hour on a stairmaster and the ascent is steep enough that if you have a fear of heights, it can make you  woozy.

It had been over 4 years since we first hiked the thousand steps. In the interim, I had developed a knee problem that kept me from doing such things and several summers were spent dealing with issues of our aging parents.

So, with my knee healed and many of the parental issues no longer existing, I was eager to try the Thousand steps again. I wasn’t as concerned about how my knee was going to hold up as how I was going to hold up. It Had been a major challenge for me the first time and now that I am five years older, I wasn’t sure I could do it again.

Last month Lisa, Jonathan, his girlfriend Kate and I took on the Thousand steps. I’m pleased to tell you, I made it. It appears I am in at least as good a shape as I was five years ago and possibly better!

One of the challenges to the steps is that It is not just one long path to the top , but a series of paths that take you to a landing, where you walk a bit and then rejoin another path as you continue upward. It was probably designed that way for safety. The path segments vary in length. The longest and steepest part is a about ¾ of the way from the top. It was here I began to doubt whether I could really make it .. My energy was waning, speed was slowing, quickly and as I was becoming more and more  aware of how high up  I was. So I  paused and I looked straight up .. I was still far enough away that I couldn’t see where the path ended.

Suddenly,I began to feel exhausted and my knees a little weak. Peering to my left side, I realized that I was much higher up than I am normally comfortable with. A lot higher. I began to consider retreating. I had had enough. Maybe this was too much for me now. The thought of defeat was setting in.

But then I decided to give it one more try. This time, Instead of looking up at what was off in the distance or behind and below me I  opted to look straight ahead with laser focus at the stones immediately in front of me. I  then began to walk again. Strangely, when I looked straight ahead, not up, down or around, I began to feel energized and encouraged that I could continue my climb! This thing felt doable again!.

Only with my eyes fixed forward and thinking about  my next step, was I able to make it to the top.

Ever since you were in Kindergarten and even before, you’ve been encouraged to dream and plan. To make goals. to think about next month, plan for next year, to envision your future. On your path of life, there can be a lot of distractions. But those are the times when what what you need to do is lock your eyes straight ahead and  continue the journey  taking one deliberate and sometimes shaky, step at a time. This is truly one of those times.

So to the class of 2020, God Bless, Godspeed and keep your fixed eyes straight ahead! The road is rocky, but rest assured, the road is there!