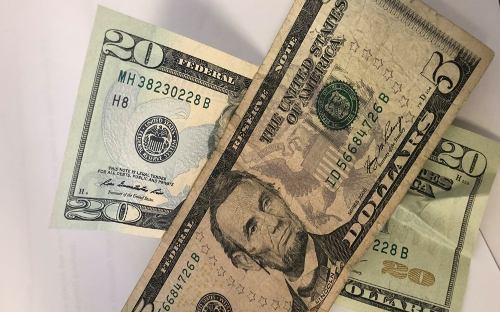 I wonder how much money was/is being spent on this year’s presidential election? Between the caucuses, primaries, and general elections, how many mega millions, perhaps even billions of dollars have been/will be spent on TV, billboards, radio, robocalls, direct mail, social media and in ways we don’t have a clue about?

All I know is I’m not getting any of it. Full disclosure: I work in radio. Anybody who reads this who happens to be running for office, I encourage you to invest in radio. It remains a truly personal medium that reaches millions of ears daily. Don’t think radio works? Well you’re on a radio station website right now.

That stated, why not allow politicians to buy your vote? If it is legal, the playing field levels and everybody wins! Perhaps a small percentage will be influenced on how they vote, but most, myself included, are going to vote for whom they want regardless of a bribe. Remember, we still vote in secret (I think). Imagine, finding a $25 check from Michael Bloomberg in your mailbox! Hey look I got a ten from Trump! Wow, some bucks from Bernie! Instead of those annoying TV ads that get on your nerves or the pop-ups that p*** you off, your worst case scenario is a paper cut from opening all those checks! This wouldn’t necessarily have to be limited to just presidential elections, either.

Just imagine! Poor people would truly be helped and the economy could grow like crazy. Talk about a plan to “spread the wealth” that even conservatives might go for! Yes, it would allow only rich people to run for office, but DUH, isn’t that what is happening already? Hey, we might even actually look forward to major elections if we are all getting a slice of the pie!!!