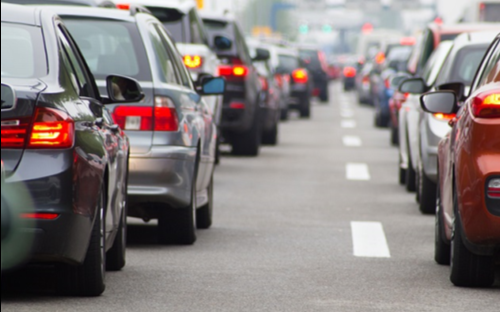 The right doesn’t know what the left is doing and vice-versa!

Calm down!. This blog has nothing to do at all with politics. It concerns something that peeves me much more: drivers! I know, there is not one among us that doesn’t have a list of things that cheeses us off about drivers. I want to share three of mine.

The first one concerns the first car in line at a red light. You my friend, and I use that term loosely, have a great responsibility! That is this: when the light turns green, GO! Immediately! Every second you pause affects every driver and passenger behind you. The rest of us can’t move until you do so. So if you are the lead car, I implore you to pay close attention to the light. Don’t be texting, checking your social media, organizing the papers on your passenger seat, or God forbid, daydreaming. I wonder how many heart attacks and strokes are caused by the lollygagging lead cars at traffic lights each year. Being the lead car at a stop light is a heavy responsibility and  privilege. Don’t take it lightly.

Number two is this: the over-the-top good samaritan. Don’t get me wrong, we need a lot more civility on our highways and I appreciate those of you are. I’m talking about over-the-top do-gooders who take it upon themselves to let a whole line of cars into traffic in front of them. It’s one thing to let one car in front of you into traffic. It’s quite another to let EVERY car in! Remember, while you are being charitable to those by letting them cut in, it’s like you’re giving away somebody else’s money in addition to your own. Your decision slows down and inconveniences every driver behind you without their consent. In some ways, it’s selfish. You get all the thank you glory while those behind you wait.

The last item I believe is the most serious: the green left- turn arrow. I’m not against it. I truly think it is very helpful and is needed at more intersections. It Is what allows for left turns before opposing traffic gets the right of way, which forces those turning left to wait until the next green arrow cycle. I just think opposing traffic should be aware that the left-turn arrow exists at that intersection. Without that knowledge, the person waiting to make a right turn on red could cause an accident not knowing that the person turning left in front of them has the right to do so. It is most likely to happen when someone is making a right turn on red, and there is no opposing traffic, save for someone speeding up to try and make a left-hand turn before the arrow goes away. The person waiting to make a right turn on red has no clue the car coming at them has every right to that left- hand turn. How hard would it be to put up signs to inform the person waiting to turn right that opposing traffic has a left-turn arrow?