Rick Alexander takes a lucky look at Friday the 13th! 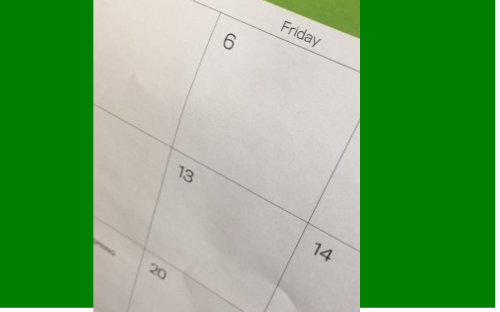 In 2020, we only have two Friday the 13ths: in March and November. That seems kind of on the low side to me. I don’t consider myself a superstitious person. I was not raised in a superstitious family. About the most superstitious we got was serving pork and sauerkraut on New Year’s Day. That’s an old PA Dutch tradition to ensure good luck in the new year.

I don’t think I even know anybody who is seriously superstitious. Most of the people I know have nothing to do with it. A few people joke around with it and there are probably more people than you think who avoid black cats and walking under ladders in order “just in case, to be on the safe side”. And others don’t want to be the reason the Steelers miss the Superbowl again.

Superstitions go back centuries and stem from our need to control that which we can’t. Most of us have comparatively quiet lives and it can be jarring when a coronavirus-type event disrupts our world. Then there is Obsessive-Compulsive disorder, which also how some people psychologically deal with an out of control life. On the other hand, I wonder how many of these superstitious practices began as a way to control others?

Here’s an example of what I mean: when I was a small child, in an effort to keep me out of the medicine cabinet, closets and other places that might be harmful to me, my mother created this fictional  character she called “the rascal”. He lurked in the linen closet, the medicine cabinet and other areas I was to be restricted from. Because of that, it was inferred that it was best that I go near those areas. That was all I was told. I filled in the rest of the details with my imagination. So, I figured this rascal character could be just almost anywhere in our house and I’d better watch my step. Not only did I not go into the banned hall closets, but when I walked past them, I stayed as far to the opposite side of the hallway as possible, in case he were to reach out underneath the closet door and pull me in. My bed was against the wall in my bedroom, but I slept as far away from the wall as possible, in case he were to pull me down into his lair between the bed and the wall as I slept. Even my younger brother bought into the myth at some point. He swore he felt the rascal grab his leg once when he was walking up the steps from our basement. I’m wondering if this is how superstitions get rooted.

Today we are all more educated and aware than many of our ancestors and less apt to believe in ancient superstitions. But thanks in part to the internet, the 24 hour news cycle and social media, we feel no more in control of our lives than they did. But to be honest, isn’t it easy to want to attribute anything bad that happens this Friday, even the most minor thing, to the curse of Friday the 13th?  I’ve read several theories as to why the number 13 is unlucky, but I don’t know why Friday had to be dragged down. I think Monday the 13th would have been a better choice.

To me, the best part of Fun-lovin’ Friday the 13th is cranking up “Superstitions” from Stevie Wonder! Best of luck to you on Friday! Luck? Wait, I don’t believe there is such a thing! Sorry, I didn’t mean to be superstitious.