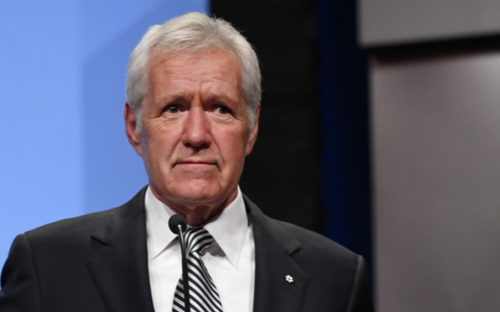 Have you been  watching “Jeopardy The Greatest Of All Time” this week on ABC? Starting Tuesday, it’s a best of seven tournament  that can end as early as three episodes, featuring the 3 biggest winners, Ken Jennings, Brad Rutter (originally from Lancaster, PA) and “Jeopardy” James Holzhauer. Here’s what blows my mind: It’s already finished, taped, in the can! Yes, the greatest Jeopardy winner has already been named! In a Wikileaks world, this secret has somehow been preserved. I guess the Russians have no interest in American game shows.

I asked our son Jonathan, who is a huge Jeopardy fan, why they wouldn’t air this particular tournament live instead of pre-taped.. I thought he had a pretty good answer. Apparently everything we see on an episode of Jeopardy is  not necessarily happening in real time. For instance, some time can elapse while waiting for a decision on an answer from a judge that will be edited out when we finally see it. Airing Jeopardy live might slow it’s pace too much.

Speaking of Jonathan, it surprised me when he became a big Jeopardy fan, particularly because he didn’t watch a lot of TV growing up.Jeopardy is timeless. It appeals to grandmas and millenials.There’s arguably a lot of ”empty calorie” TV, but Jeopardy is one of those rare shows that challenge the mind. Jonathan and his girlfriend never miss an episode and now participate in several trivia leagues. He would like to someday be on the show and it won’t shock me if he makes it.

No blog about Jeopardy is complete with mentioning Alex Trebek. He’s been the host for 35 years and now in the fight of his life with stage four pancreatic cancer. He stands tall, being vulnerable and open about his fight. His shoes will be so hard to fill when he is gone.l. I can’t imagine anyone who can replace “the Greatest Of All Time”..

September 28th, 2021
View full playlist
Connect With Us Listen To Us On