Rick Alexander’s not a fan of DST! 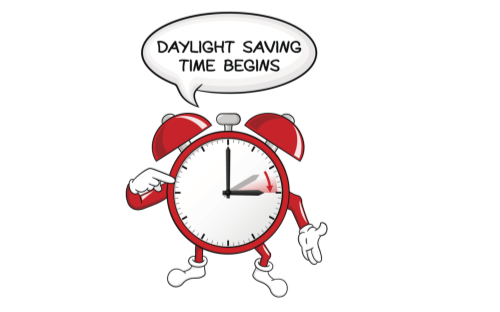 Daylight Saving: Not A Fan

I don’t think the changing of our clocks twice a year is a good thing and science is starting to bear that out. Many heart attacks and car crashes occur at time change. I’ve heard several different stories over the years as to why we started to spring forward and fall back. One has to do with farming and another has to do with conserving energy. My mother once told me that it was done so that women had daylight in the evening to tend their gardens after working long hours in factories during the second world war while the men were off at war.

Bottom line is, none of this matters any more. WE ARE A 24/7 country. Somewhere between the coasts, somebody is always running heat or air conditioning. Lights are on all the time. We never shut down! The time of day has much less effect on our energy consumption than it used to. Where you stand on the time change is now largely a matter of personal preference.  If we are being totally honest, it is the same question we ask ourselves constantly about almost everything: how does this affect me?

Many families take advantage of the extra daylight provided by the time change for outdoor activities. Lots of folks simply like having more daylight at the end of the day during the warm months. That extra daylight comes at a price though, and it affects people like me. Working early mornings on the radio, I get up on weekdays around 4 AM and go to bed at 8 PM. I truly love sunrises and sunsets,  but due to the spring time change and because the studio I work in faces the west, I only get to enjoy sunrises for a little more than a couple of weeks every year, when I drive into work from late May through late June. And in most of the summer, it is still light well after I go to bed, so I don’t often experience sunsets either. We Standard-timers have been getting the short end of the stick for some time. At one point, we sprang ahead on the last Sunday in April and fell back the last Sunday in October. Now it is the second Sunday in March through the second Sunday in November. From a kid’s perspective and not a parent’s, to me it sucks to go trick or treating while it is still light out. The fall-back time change now always happens after Halloween, not before as in the past. It kinda kills that spooky Halloween ambiance.

There has been talk of leaving it one way or the other, all year long. If that were the case,  I don’t know that it would be best to keep it in the same mode all year. However, if it were to be constant,  I think it would be best left in Standard mode all the time. My reasoning for this is, that when I was in 7th grade, it was decided to change to Daylight Saving Time in January, due to an alleged energy crisis. Doing so was somehow supposed to save energy. Well, it was a mess ! As I recall it didn’t get light until close to 8AM. Daylight Saving Time in the winter was dangerous for the millions of kids going to school. It was never tried again!

Well, the time to Spring Forward, this Sunday March 8th, @ 2AM. I have to do it, but I don’t have to like it! Oh, and remember it’s Daylight Saving, not SAVINGS time!