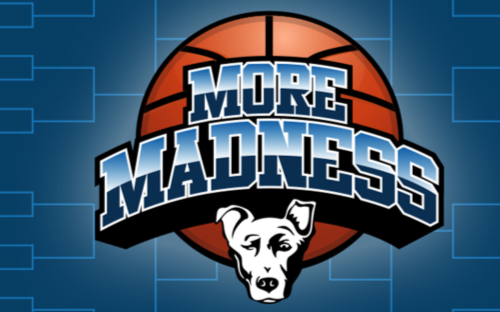 After last night’s presidential debate debacle, I think it is time to try something different.The presidential debates have been at times interesting and largely entertaining, much in the same way the WWF is. But are they effective?  We have a tradition in the U.S, every March. I’m talking about the NCAA basketball playoffs. You know “March Madness”, “Sweet 16”, “Final Four” and “the Big Dance”. It effectively takes college basketball out of the shadows and briefly puts it under the national spotlight. People who rarely take notice of college basketball  become obsessed with their brackets Could this same concept be applied to the presidential nominations?

While teams become eligible for the NCAA Tournament by their win-loss record, candidates would gain eligibility by their poll numbers, the same way they become eligible for the current presidential debates. The concept I’m about to propose only works if there are at least five candidates in the running, but can accommodate sixteen or more. And it seems we had at least that many Democrats at the start of this campaign season. They would then be ranked and seeded.

Then there’s the brackets. Say we had sixteen candidates. We would pit 15 against 16. 13 versus 14, etc. The one on one debates would last fifteen minutes. Then viewers would have a half hour after viewing the debate to vote on who they think the winner was. They could only vote if they watched it. The voting could be by text or social media. Then the winner of 15/16 would take on the winner of 13/14 and so on and so forth, until we have a final debate winner.Think about it. By the time we got to the last debate, there would be no excuse to not know the candidate. He or she would have many opportunities to make their points as well as many chances to stick their foot in their mouth.You could even do a double elimination, but that might get too drawn out.

This is not meant to replace the primary system, just these crazy circus-like debates we have been exposed to the past several years. Instead of seeing candidates gasp for mike time while trying to create the perfect sound byte, there might even be some intelligent conversation! This would also help balance things out  between the haves and have- not candidates, the ones who can’t afford all the expensive advertising. I’m sure there is a lot of fine-tuning with my idea, but it might help curb some of the madness in the march to the White House.